I’ve heard a lot of people say that they don’t know how to cook fish or that it turns out dry and tough. Too often they don’t eat fish because of it, and it’s such a shame. Fish that is cooked correctly is not only good for you, it tastes great!

In order to cook fish that is juicy and flavorful, you have to do two things:

I utilized both strategies to make this lemon dill fish. I added moisture to the fish in the form of lemon juice and olive oil, and I kept the fish from losing its moisture by covering the baking dish and steaming it. The result is a fish that is juicy, tender and flavorful! Oh, and did I mention that it’s super quick and easy to make?

For this recipe, I used Australis Barramundi from Costco. I love how affordable it is: a two pound bag of six fillets sells for around $16! But more importantly, I love the mild and buttery flavor and succulent, flaky texture. The health benefits and sustainable practices of the company are also a huge bonus. Barramundi contains 600-800 mg of omega 3 fats per serving (the highest amount of any white fish) and is free from mercury, and the fish is raised in an eco-friendly manner. Check out this link by University of California Berkeley for more details!

Of course, you could use almost any type of tender fish to make this recipe. I’ve used both salmon and cod and both were delicious! Just make sure that you increase the cooking time to 20 minutes if you are using fish more than one inch thick.

I’ve stated how much of each ingredient to use per fillet so you can easily cater this recipe to the number of hungry mouths you are feeding. To accompany this, check out my easy and creamy mashed cauliflower!

This Lemon Dill Fish is so quick and easy to make! Steaming it locks in the flavor and moisture. Gluten-free, Paleo, Primal, Low-Carb and Ketogenic and Whole30 compatible. 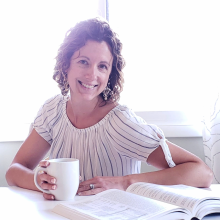 Hello! I'm glad your journey has brought you here to my little corner of the internet. I'm a banker turned nutritionist turned stay-at-home mom, foodie and graduate student. A lifetime struggling with depression and anxiety has brought me here to share all that I've learned. Whether you're here for the information or the recipes, I hope you fine the inspiration you're looking for! To learn more about me and read more about my journey, click the button below.

Read More About Me

Recipes and articles on Neurons and Nourishment often include information on nutrients and their impact on the body as well as other health-related topics. This information is for educational purposes only. It is not intended to treat, diagnose or prescribe for any disease, and it should not replace the advice of your healthcare practitioner. Please consult your healthcare practitioner before making any changes to your diet or supplements you are taking, especially if you are taking any prescription medications.